Saskatchewan continued to experience steady population growth in the third quarter of 2016, according to Statistics Canada’s latest quarterly population estimate. 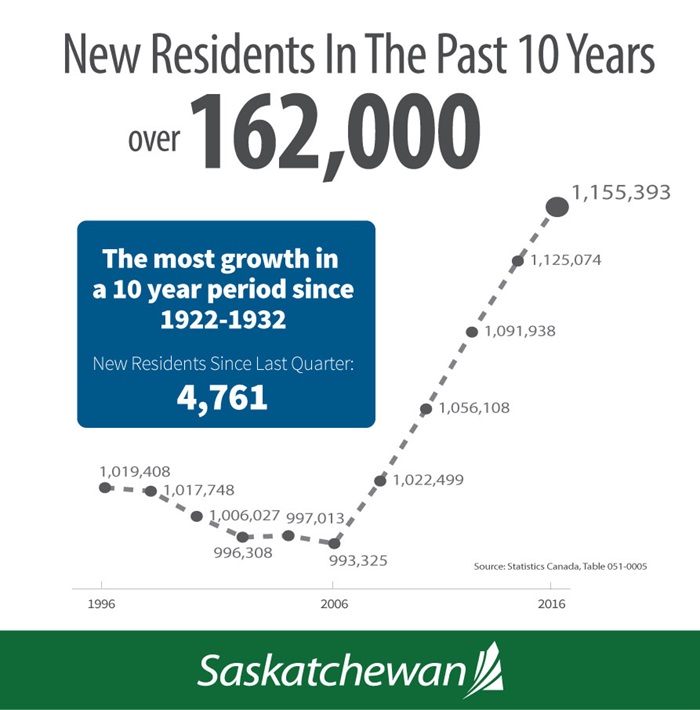 “Our province continues to attract people to the many opportunities available here,” Economy Minister Jeremy Harrison said.  “Our resilient economy and its investment opportunities speak to the continued strength of our province.”

The Statistics Canada numbers reflect a decade of sustained growth for Saskatchewan, which has seen an increase of 162,000 people in the past 10 years.  This number represents the highest growth in any 10 year period in the province over the last 84 years, since between 1922 and 1932.

“The numbers show the strength of our province, which continues to thrive, despite challenges in the resource sector,” Harrison said.  “With more people calling Saskatchewan home now than ever before, it proves that Saskatchewan is a great place to live, work and to raise a family.”