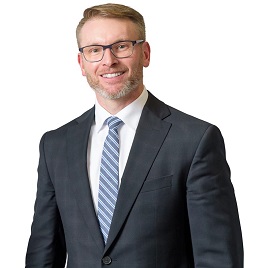 Everett Hindley was first elected as the MLA for Swift Current in a 2018 by-election. He was re-elected in the 2020 provincial election.

Everett grew up on a family farm in northeast Saskatchewan and worked as a news director and broadcaster in Swift Current for several years before entering politics. In late 1999, Everett began working for the newly-elected MLA Brad Wall and would go on to serve as a staffer for Premier Wall until the Premier’s retirement from politics in early 2018.

Everett has previously served as Government Whip and as the Legislative Secretary to the Minister of Trade and Export Development.

On November 9, 2020, Premier Scott Moe appointed Everett as Minister of Mental Health and Addictions, Seniors and Rural and Remote Health. He has also been appointed to serve on several boards and committees, including the Saskatchewan Public Safety Agency board, and the SaskBuilds and Procurement board.

Everett is a supporter and member of his local branch of the Royal Canadian Legion and the Kiwanis Club of Swift Current. He and his wife Anita have raised two children and are proud grandparents.