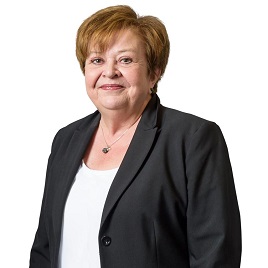 Raised on a small farm near Guernsey, Donna completed high school at Lanigan Central High and went on to receive a Medical Laboratory Technologist certificate at Kelsey Institute in Saskatoon.

After interning at the Royal University Hospital, and working full-time in the Microbiology, Donna got married and began farming in the LeRoy area where she raised three daughters.